My Child Is Having Trouble Learning Letters 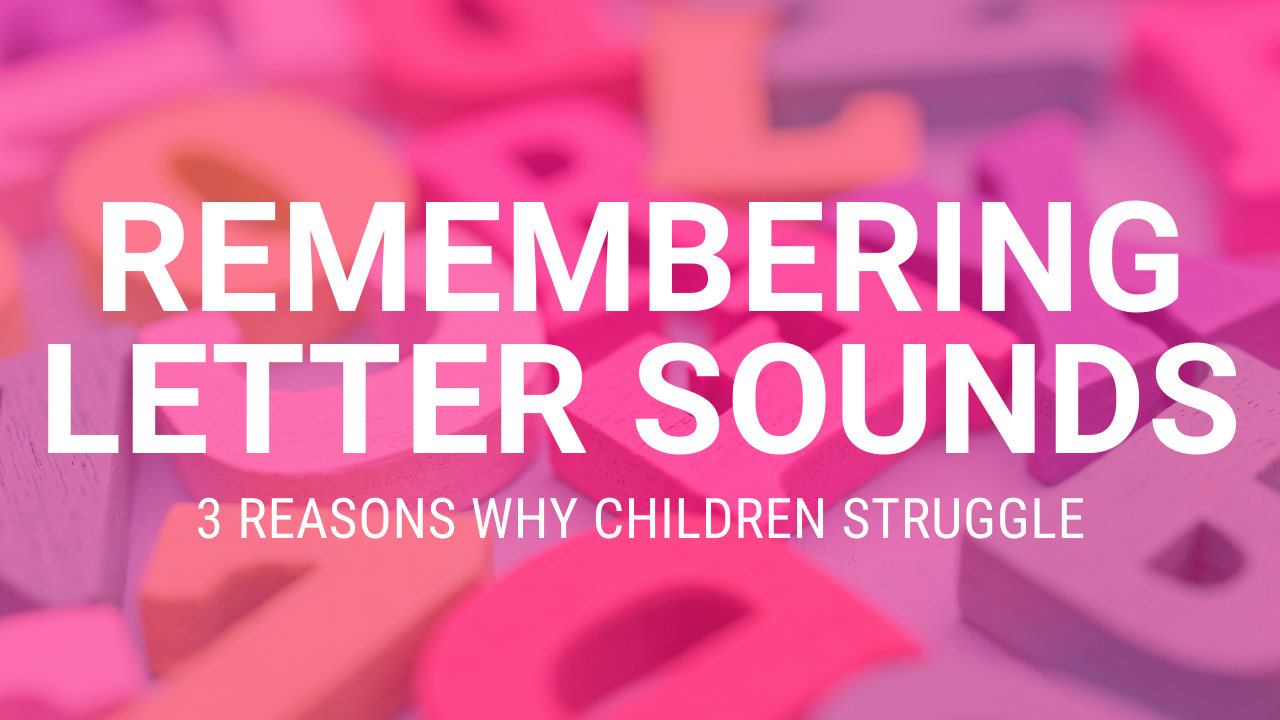 Is your child having trouble learning letters?

You wish the pressure of having children “know their letters” by a certain age wasn’t a thing. But you know it's pretty much expected these days that children will start school already knowing the alphabet. You sure don’t want your child to be at a disadvantage because you didn’t do enough to get ready for learning to read.

So you spend lots of time searching for alphabet activities on Pinterest, but it feels like you're always looking for that elusive activity that's finally going to make letter sounds stick.

“My son gets mixed up when I show him more than one letter. He also confuses lowercase and uppercase letters and letter names and letter sounds. I’m already going super slow, and repeating the same letter activity is getting really boring.”

The worst part is when you start to worry that your child is falling behind because of this struggle to learn letters. You might even catch yourself thinking…

I know that you just want to do everything possible to help your preschooler get ready for learning to read. So let’s fix this, ok?

It’s not you or your child! It’s your STRATEGY. 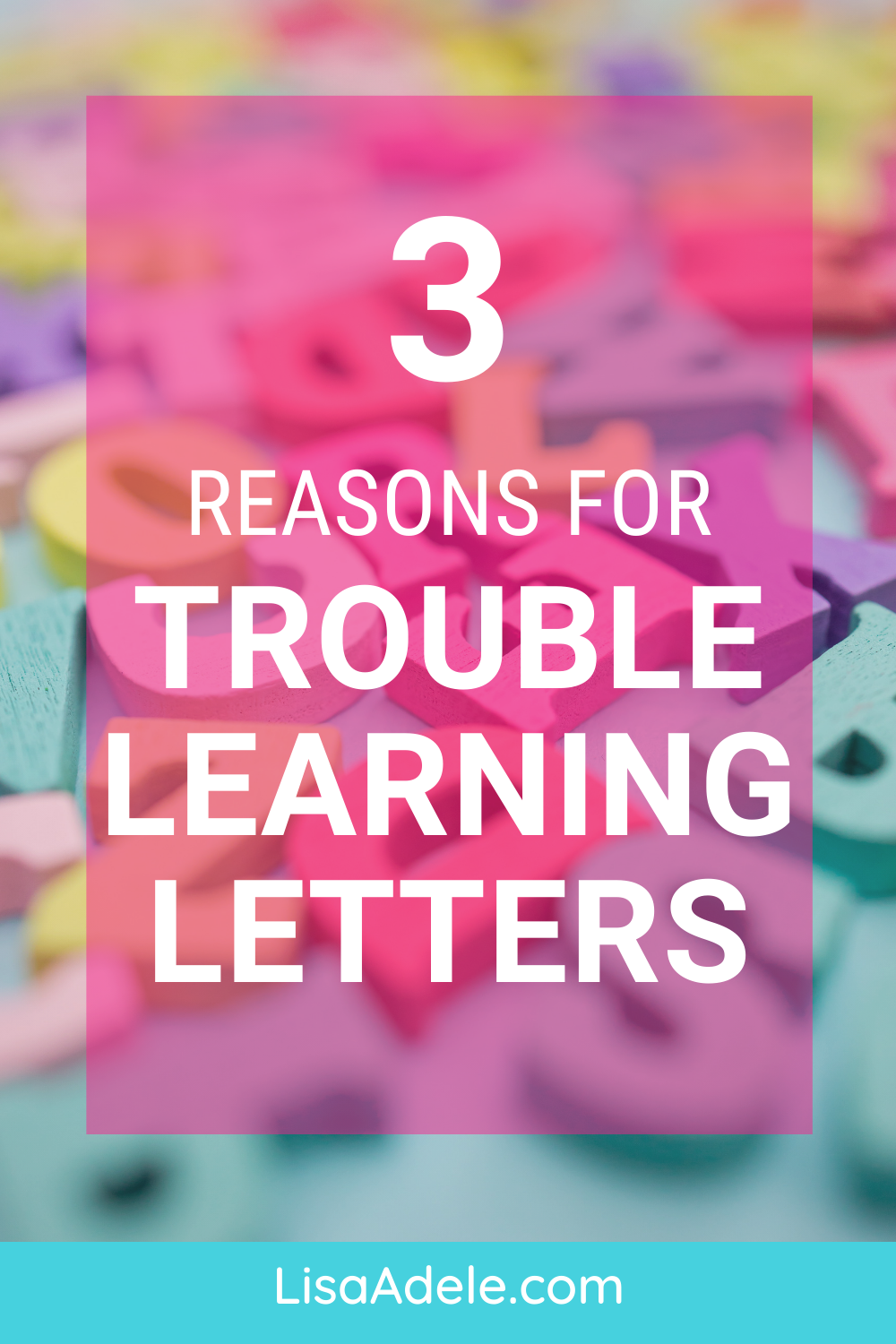 Most likely your child is having trouble learning letters because you’ve missed a step in the learning sequence for teaching phonics.

It’s easy to skip a step or get sidetracked with random alphabet activities when don’t have a roadmap to show you the steps for teaching phonics at home.

You end up trying to piece it together yourself based on alphabet activities that you find on Pinterest.

It's so much easier when you know the learning sequence from pre-reading to early reading and you can clearly see what your child needs to focus on right now!

I created the this preschool phonics program to take the stress and guesswork out of teaching letter sounds at home so that your 3-5 year old child will learn to read easily. Check it out if you need some structure, resources and guidance so that you can teach phonics at home without feeling overwhelmed. 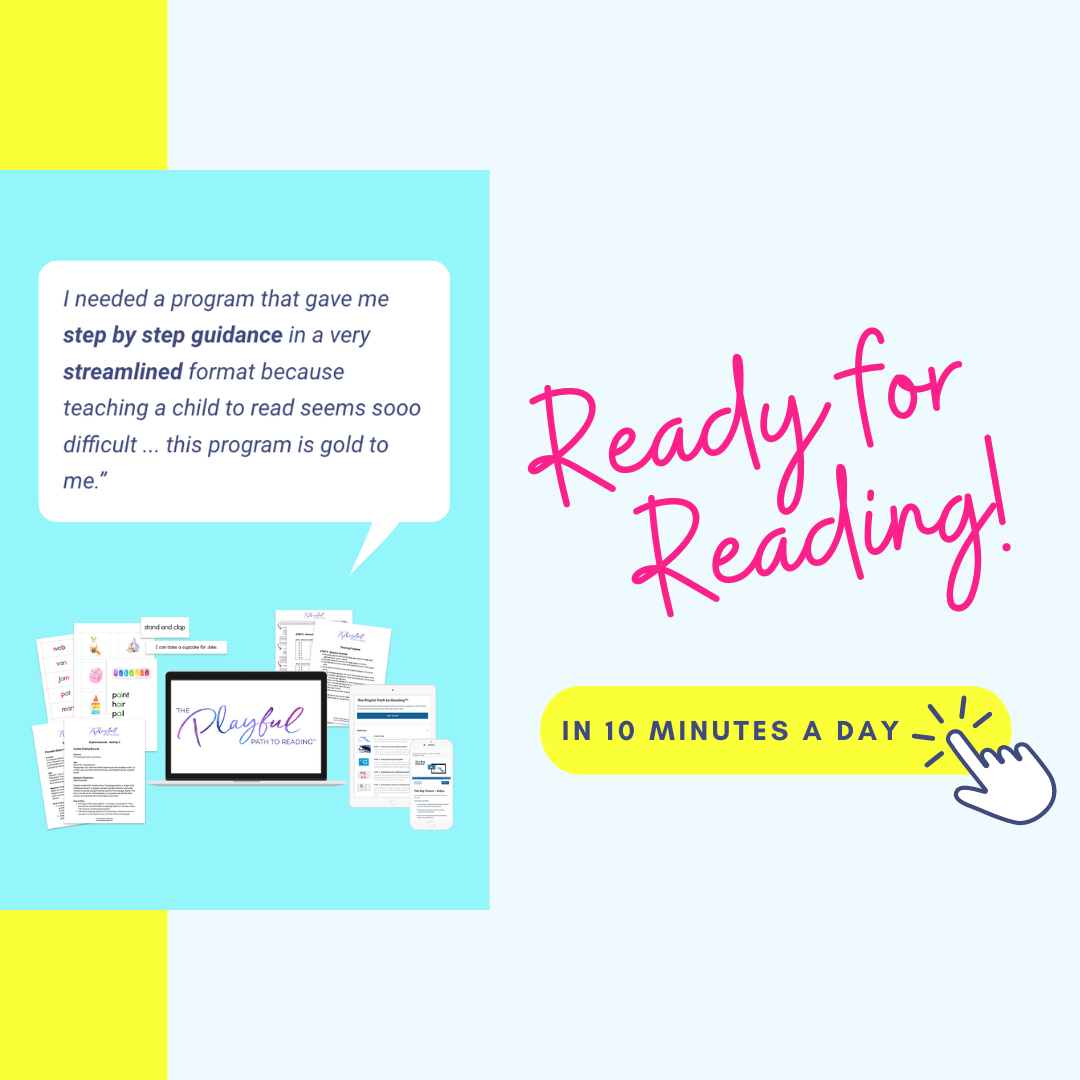 Children can struggle to learn letter sounds if they are not yet developmentally ready for it.

This is especially true for toddlers learning letters.

It's a common mistake to think that toddlers are ready for learning letters when you notice them pointing to letters and asking, “What’s that?”

The truth is that a toddler's “interest in letters” is actually just an eagerness for language.

Toddlers simply want to know the names of everything to build vocabulary.

Most toddlers aren't developmentally ready for the abstract thinking required to understand that letters are symbols that represent sounds in our spoken language.

Keep in mind that words are made up of speech sounds in a row.

It isn't until children are around 3 years old that they've gone through the language explosion. It's only then that they will begin to shift their focus from building vocabulary to building phonemic awareness by becoming aware of individual sounds (phonemes) in spoken words.

Once a child can identify at least the beginning sound of spoken words, then it's time to show what those sounds look like using alphabet letters.

There’s really not much point trying to get your 18 month old to learn letters by buying a bunch of alphabet toys and puzzles, stamping letters into play dough or making letter crafts.

Sure, some young toddlers can memorize letter names and letter sounds. But that’s no more impressive than naming any object!

You can really simplify learning letters when you focus on phonemic awareness before you start letter recognition activities.

Otherwise your child is just memorizing letter sounds out of context and in isolation, with little understanding of what the letters actually mean.

One of the biggest mistakes is starting sound-letter matching activities before your child understands that letters are symbols. When a child struggles to learn letter sounds, phonemic awareness is usually the missing piece.

The alphabet letters only have meaning because we’ve all agreed that a certain written symbol represents a sound in our spoken language.

Phonemic awareness is the best predictor of how well children learn to read!

That's because reading uses knowledge of the code between speech sounds and written symbols.

Phonemic awareness is what really matters for reading readiness.

By focusing on phonemic awareness first, the letter symbols will have meaning for your child when it comes time to associate them with the sounds in spoken words.

Your child might also be having trouble learning letters if you’ve made it overly complicated by teaching too many concepts at the same time.

When you search “learning letters” on Pinterest to find alphabet activity ideas, it’s easy to think that you’re supposed to teach uppercase and lowercase letter names and letter sounds, all at the same time.

But knowing the names of the alphabet letters doesn’t prepare your preschooler for learning phonics!

Knowing letter names can actually interfere with learning phonics and beginning to read.

When sounding out a word, some children who know letter names will say the letter name instead of the speech sound that the letter represents. Then they cannot hear the word when they blend it together because it doesn’t make any sense.

For example, imagine a child who sees the word “cat” and sounds out “see ay tee”. This child will be unable to decode the word because of confusion between letter names and letter sounds.

Knowledge of letter names becomes more useful when your child shifts away from inventive spelling in the early elementary years. There’s no rush!

I teach only lowercase letter sounds because most letters in written words are lowercase, not uppercase.

For some children, it’s just too much when you try to teach uppercase and lowercase letter names and sounds all at the same time.

Is your child is having trouble learning letters, or you want to avoid this scenario?

STEP 1 is to do phonemic awareness activities such as this beginning sounds game to help your child hear the speech sounds in spoken words. That way your child will have the foundation needed to understand that letters represent speech sounds.

To learn what comes next when teaching phonics step-by-step, check out my FREE class about teaching reading at home using Montessori activities. 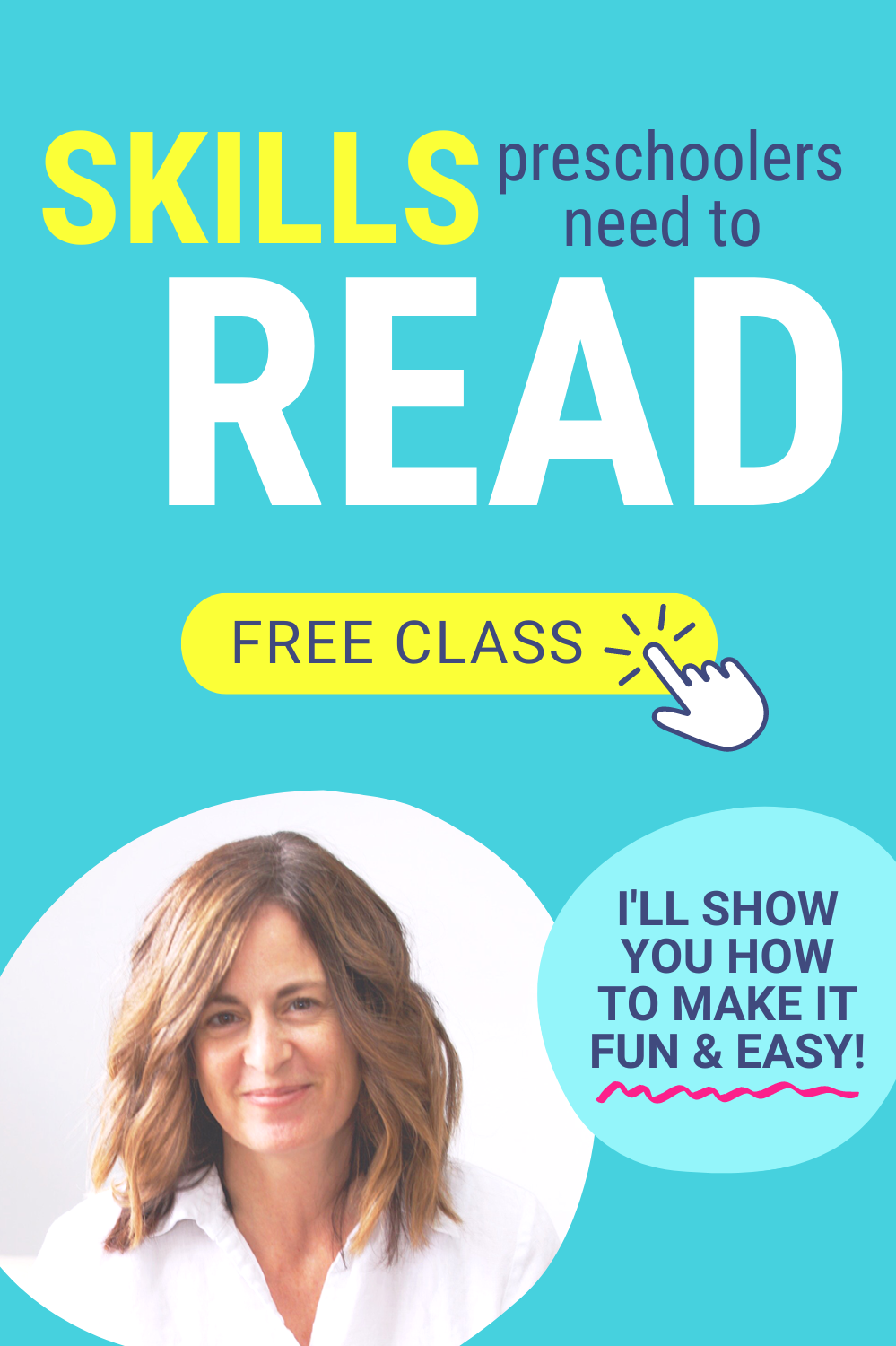